Prosperity and the Blockchain 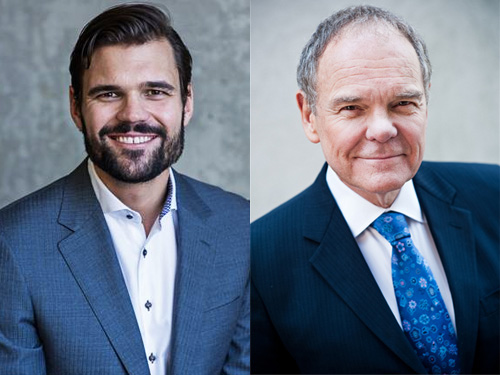 by Don Tapscott and Alex Tapscott

The Internet is entering a second era, one that gives us another kick at the can to achieve a prosperous future. Yes, the digital revolution has brought countless wonders. The Internet, World Wide Web, Social Media, Mobile Computing, Geospaciality, Big Data and The Cloud, have enabled myriad wonderful developments in virtually every aspect of life. But when it comes to business, a careful analysis shows that the changes to date are only scratching the surface.

Capitalism’s basic institution, the corporation, has remained relatively unchanged. Hierarchy, vertical integration and bureaucracy — hallmarks of the industrial age still reign. And when it comes to the economy as a whole, the digital revolution has not had a positive impact on prosperity for most. There is real creation but paradoxically growing social inequality is growing. The economies of many developed countries are growing, but for the first time in history there is no commensurate job creation. Privacy, the foundation of a free society is being undermined by data frackers and governments everywhere are using the internet to create the surveillance society. Most people on the planet don’t participate in the digital economy and 2 billion people don’t have a bank account or participate in the global economy at all.

Rather than the solution, technology has been a big part of the problem, and not just because a new round of automation, robotics or disruptive business models are wiping out important parts of the workforce. The old paradigm in technology and media, whether broadcasting, print or mainframe computing was centralized, controlled by powerful forces and the recipients were passive. The new paradigm was supposed to be distributed, controlled by everyone and empowering active participants. However, the distributed Internet was dropped into an economy that has concentrated power structures with asymmetrical ability to shape it for their own purposes. Wealth, prosperity and freedom have arrived but only for the few.

Without an economic layer to the Net we can’t establish each other’s identity or trust each other to transact without validation from a third party like a bank or a government. Quite the opposite: it allows people to commit fraud, collect our data, and invade our privacy. It excludes 2.5 billion people from the global financial system. It channels power and prosperity to those who already have it, even if they’re no longer earning it.

What if the next generation of the Internet enabled not just the communication of information but the direct communication of value and money? What if we could build businesses, do transactions directly, peer-to-peer without powerful intermediaries?

Well it’s happening. The digital revolution is bringing a new and radically different platform for business and other institutions that can take us through the next quarter century of human progress. At the core is the biggest innovation in computer science in a generation. It is the technology underlying the digital currency Bitcoin — the blockchain. This technology platform is open and programmable. As such, it holds the potential for unleashing countless new applications and as yet unrealized capabilities that have the potential to transform everything in the next 25 years.

At its most basic, the blockchain is a global database — an incorruptible digital ledger of economic transactions that can be programmed to record not just financial transactions but virtually everything of value and importance to humankind: birth and death certificates, marriage licenses, deeds and titles of ownership, educational degrees, financial accounts, medical procedures, insurance claims, votes, transactions between smart objects, and anything else that can be expressed in code. This ledger represents the truth because mass collaboration constantly reconciles it. We will not need to trust each other in the traditional sense, because the new platform ensures integrity. Think trust achieved through clever code and mass collaboration.

Some scholars have argued that the invention of double-entry bookkeeping enabled the rise of capitalism and the nation state. Today, the new platform enables a reconciliation of digital records — call it The Digital Reconciliation. The Internet of Everything needs a Ledger of Everything. Business, commerce and the economy need a Digital Reckoning. Get ready for the World Wide Ledger.

We believe the truth can set us free and distributed trust will profoundly affect people in all walks of life. Maybe you’re a music lover who wants artists to make a living off their art. Or a consumer who wants to know where that hamburger meat came from. Perhaps you’re an immigrant who’s sick of paying big fees to send money home to loved ones in your ancestral land. Or a Saudi woman who wants to buy a fashion magazine. Maybe you’re an aid worker who needs to identify landowners so that you can rebuild their homes after an earthquake. Or a citizen fed up with the lack of transparency and accountability of political leaders. Or a user of social media who thinks all the data you generate might be worth something—to you—and that your privacy matters. Even as we write, innovators are building blockchain-based applications that serve these ends. And they are just the beginning.

Don Tapscott is the author of 15 widely read books about the digital revolution in business and society, dating back to 1981 and Chancellor of Trent University. Alex Tapscott is the CEO of Northwest Passage Ventures, an advisory firm building early stage companies in the blockchain space. Together they are authors of the upcoming book Blockchain Revolution: How the Technology Behind Bitcoin is Changing Money, Business and the World.