Tapscott on the Future of Cryptocurrency 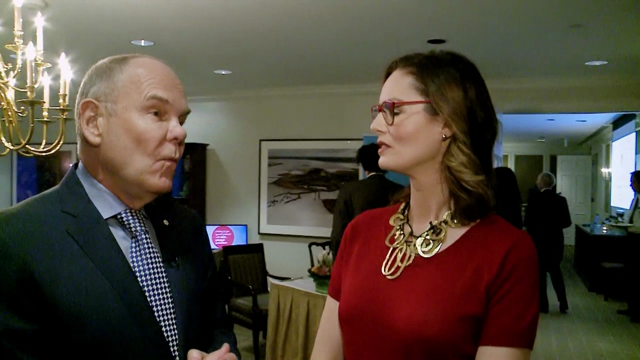 Partial Video Transcript
Pamela Ritchie: We’re back with Don Tapscott. You had more that you wanted to say on the trust side of things and why—I think humans and capitalism means that we have to trust people but why can’t we work that way in the future?

Don Tapscott: Well, we need trust and trust is a sign of this new world. To have a trust protocol which is basically a giant ledger of the truth could transform many things for the better. Another example from the book: 70% of the people in the world who own some land have a tenuous right to that ownership. So you’re in Honduras, you’ve got a piece of paper for your little farm, some government dictator comes into power and he says, “Actually your piece of paper gets trumped by the government computer system that says my friend owns your land”.

Pamela Ritchie: You get all that in the ledger, it’s indisputable—who do you take it to? You still have to take it to the government or some higher power.

Don Tapscott: These are all details but you’ve got an uncorruptible, unchangeable proof of that title. So that means all kinds of things. If you don’t have that, if you’re a farmer you can’t borrow money using your house as collateral because your title is questioned.

Pamela Ritchie: Okay so let’s take it to currencies. Bitcoin is the digital currency—there are many of them—that runs off the blockchain. The Bank of England, the Bank of Canada—I think you noted in your book—both of them are looking whether our currencies need to be digitized/digital currencies. Where does that take us to? That’s a whole new kettle of fish. Is that a good thing? Is that a bad thing? Where does that leave the country?

Don Tapscott: First of all this is highly disputed. There are many vested interests that have a different perspective on where this ought to go. On one hand you have the traditional institutions and traditional nation states that are not interested in the cryptocurrencies—that are not fiat currencies. They want to continue with the dollar and the yen and the British pound and the Euro. On the other hand, cryptocurrencies are really important to many of these ledgers because it’s a way of motivating the mass collaboration that happens on the ledger to establish the truth.