Here’s Europe’s Answer to the Mess That Brexit Left 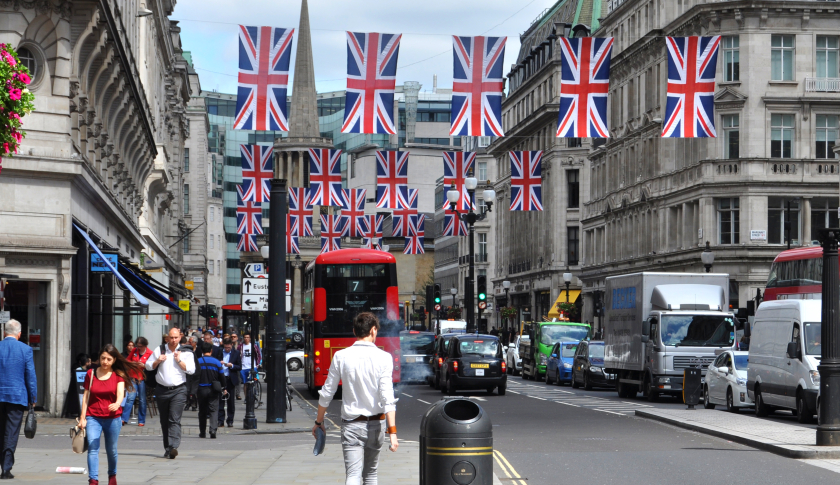 It’s time for a digital euro.

Don Tapscott and his son Alex Tapscott are authors of the book, Blockchain Revolution: How the Technology Behind Bitcoin is Changing Money, Business and the World.

While the UK and the world grapple with the implications of last week’s vote, a technological revolution is quietly unfolding that offers a glimmer of hope, not just to Britain, but also to Europe as a whole.

We’re not talking about the social web, cloud computing, or artificial intelligence. We’re talking about the blockchain, the technology underlying cryptocurrencies like bitcoin. This technology represents nothing less than the second era of the Internet and it holds far-reaching opportunities for Europe. If wielded correctly, it could provide the foundation for a more prosperous Europe. It is also the UK’s best hope at fulfilling the “Leavers” lofty promises of a more global and dynamic Britain.

The blockchain is a global distributed ledger or a vast database running on millions of devices, a third of them in Europe, where anyone can move, store, and manage anything of value—money, deeds, patents, clinical trials, academic degrees, and even votes—with unprecedented security, privacy, and inclusion. Trust derives not from powerful intermediaries like banks or governments, but from clever code and mass collaboration. For 40 years, Europe has had the Internet of information. Now, it has the Internet of Value within reach to transform the socioeconomic power grid for the better.

Specifically, there are three big opportunities for the European Union and the UK. The first is to rewire the European economy for innovation. The blockchain will not simply disrupt every industry – it will dramatically lower the barriers to business creation. Anyone can build value in this global economy. The second is to reconfigure government for greater transparency and accountability. The European Union should do far more at less cost, and hand more autonomy to its members. The third is to design the preconditions for everyone to succeed. Rather than re-distributing wealth, we could pre-distribute wealth, democratizing the means by which citizens generate wealth in the first place.

Let’s fix the firm by replacing centralized models with open networked enterprises that leverage peer-to-peer payment mechanisms and reputation systems, global blockchain IPOs and digital smart contracts. The democratization of value creation (through entrepreneurship) and value participation (through distributed ownership) could kick-start growth across Europe. London has already been bold. The Bank of England, the city’s biggest banks, and many entrepreneurs have shown global leadership on blockchain. Now, more than ever, they must innovate to ensure London’s preeminence as a global financial hub. Business leaders on the continent should also take note at the city’s success to date. But leadership is also anyone’s opportunity.

Let’s reinvent government for a new era of legitimacy. First, elected officials must rekindle the public’s trust in political institutions. With blockchain, voters could know with 100% certainty who contributed to a campaign or supported it. Second, everyone has a right to participate in government. With the blockchain, citizens could advocate for sealing government action in a public, unalterable and searchable record, using that data as a platform for greater engagement. Third, everyone must have equal protection under the law, including refugees fleeing violence and persecution. Finally, a blockchain system could cost-effectively engage all residents and provide equal access to public services and social security. These four principles are already enshrined in the United Nations universal declaration of human rights. Blockchain provides the tools to make these aspirations reality. The survival of the UK and the future of the EU are both at stake.

What better time to fix a broken monetary system than in the midst of currency crisis? These are not crypto currencies (like Bitcoin), but rather fiat currencies owned and controlled by states. Already the Bank of Canada, the U.S. Federal Reserve, and the Bank of England have begun experimentation with digital currencies. The benefits are numerous: killing cash would reduce crime and improve regulation, because digital money is more traceable and harder to forge than printed versions. Further, central bankers could manage monetary policy and monitor risk in the financial system. Imagine international commerce with less fraud, friction, and leakage. It’s time to stop the tinkering and start the transformation. It’s time for Digital Sterling and Euro-COIN.

All Europeans ought to have an equal shot at prosperity. But how? First, European leaders must understand that prosperity requires universal financial inclusion. In Romania, over a third of the population lacks a bank account. Shockingly, 1.5 million people in Britain are unbanked today. Inaccurate and incomplete land titles similarly erode confidence and impede upward mobility. With blockchain technologies, we can register property rights and provide broad access to basic financial services. Second, Europe should be a leader in reinventing digital rights management systems to ensure content creators get paid first, fast, and fairly. Imogen Heap’s London-based Mycelia is a good model. Artists post their music containing a smart contract on the blockchain and the software protects their rights and collects royalties, ensuring that everyone is fairly compensated, and that the value goes peer-to-peer.Finally, Europe can be a pioneer in enabling individuals, rather than corporations, to collect, control, and monetize their own personal data on the blockchain.

None of this will be easy. The European Union urgently needs a new social contract with its member states, and the United Kingdom must do the same with its citizens. Only then can they chart a new economic path for the digital age. As with the major paradigm shifts that preceded it, the blockchain will create winners and losers. But if we do this right, a more inclusive, peaceful, and prosperous Europe and world are within reach.