Mark Carney has seeded a revolution by embracing fintech 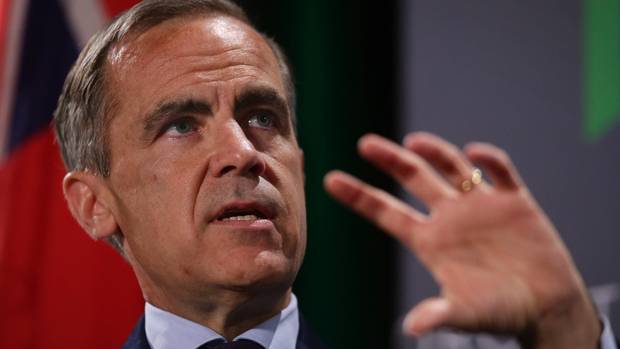 Alex Tapscott is chief executive officer and founder of Northwest Passage Ventures, an advisory firm building industry-leading blockchain businesses. He is co-author, with Don Tapscott, of Blockchain Revolution: How the Technology Behind Bitcoin Is Changing Money, Business and the World.

After Britain’s referendum vote to leave the European Union, Brexit’s loudest advocates scurried from public view and the political establishment descended into a caustic battle for control. Emerging from the melee was Theresa May, who has a reputation for consistency, if little else. But Britain doesn’t need a caretaker in these uncertain times. It needs bold, innovative leadership.

One person has quietly stepped up: Canadian Mark Carney, Governor of the Bank of England. Mr. Carney acted quickly to stem the Brexit panic. Now, he can and should do more.

The list of challenges is daunting: prevent a recession from becoming a depression, preserve London’s pre-eminence as a financial capital, jump-start entrepreneurship and make the British economy work for everyone, not just a few. In normal circumstances, a central bank would take on one or two of these.

But these are exceptional circumstances. To chart a new path for a more prosperous and dynamic Britain, Mr. Carney must continue to embrace financial technology and hasten the bank’s implementation of the blockchain – the vast, globally distributed ledger where anyone, anywhere, can move, store and manage any kind of asset, from money and securities to intellectual property and votes, securely and privately without a trusted intermediary such as a bank or government. Blockchain is the first digital medium for value, just as the Internet was the first for information.

On June 16, the Bank of England quietly published Mr. Carney’s Mansion House speech, the bank’s most important. In it, he laid out an ambitious vision for how fintech and blockchain can transform the global financial system and Britain’s economy. “For everyone,” he argued, “fintech may deliver a more inclusive financial system, domestically and globally; with people better connected, more informed and increasingly empowered.”

Mr. Carney also announced that the bank was piloting a digital-currency project. With a “Britcoin,” the Bank of England could better defend against crises such as Brexit, prevent financial crimes, encourage honest competition, foster innovation and financial inclusion and boost growth.

In another paper, published this week, the Bank of England said replacing 30 per cent of the currency in circulation with a central-bank digital currency would “permanently raise GDP by as much as 3 per cent” and “substantially improve the central bank’s ability to stabilize the business cycle.”

Mr. Carney is not the first central banker to suggest a central-bank digital currency. The Bank of Canada recently announced a digital dollar pilot, and as early as 2013, then-U.S. Federal Reserve chairman Ben Bernanke said that blockchains could “promote a faster, more secure, and more efficient payment system.”

Second, they maintain stability by acting as the lender of last resort and as the banker for governments and other banks in the system.

Finally, they share the burden of regulating the financial system and economy.

Let’s start with financial stability. In his Mansion House speech, Mr. Carney said fintech “has the potential to affect monetary policy transmission, the safety and soundness of the firms we supervise, the resilience of the financial system and the nature of shocks that it might face.”

According to Carolyn Wilkins, deputy Governor of the Bank of Canada, a central-bank digital currency would empower central banks to respond more quickly to systemic shock, gauge the efficacy of monetary decisions and add transparency to financial markets.

What about central banks as regulators and watchdogs? The traceability and immutability of blockchain technology would improve systemic stability. Armed with perfect information, regulators could use “a lighter touch,” as Jesse McWaters of the World Economic Forum argues.

Blockchain innovations such as so-called triple-entry accounting, in which a third time-stamped entry (along with debits and credits) gets posted to a blockchain, would give regulators the 20/20 vision they need to manage risk and prevent wrongdoing.

How could blockchain transform monetary policy? Consider a hypothetical: After the next calamity (say, an Italian banking crisis), Mr. Carney decides to cut benchmark rates. Today, a central bank must wait days, weeks, even months to see results.

Mr. Carney argued that, with fintech and blockchain, “big data techniques could tell us about the state of the economy more accurately and promptly. Forecast performance could improve, akin to the forecast improvements that better measurement of atmospheric conditions has, over time, delivered for meteorologists.” So we won’t need a weatherman to know which way the wind blows.

Mr. Carney has done much to seed this revolution; now he is in an extraordinary position to lead it. But he can’t do it alone. The private sector, civil society and others must also embrace it. The House of Lords recently convened a group of leading blockchain stakeholders. Other central banks must also step up.