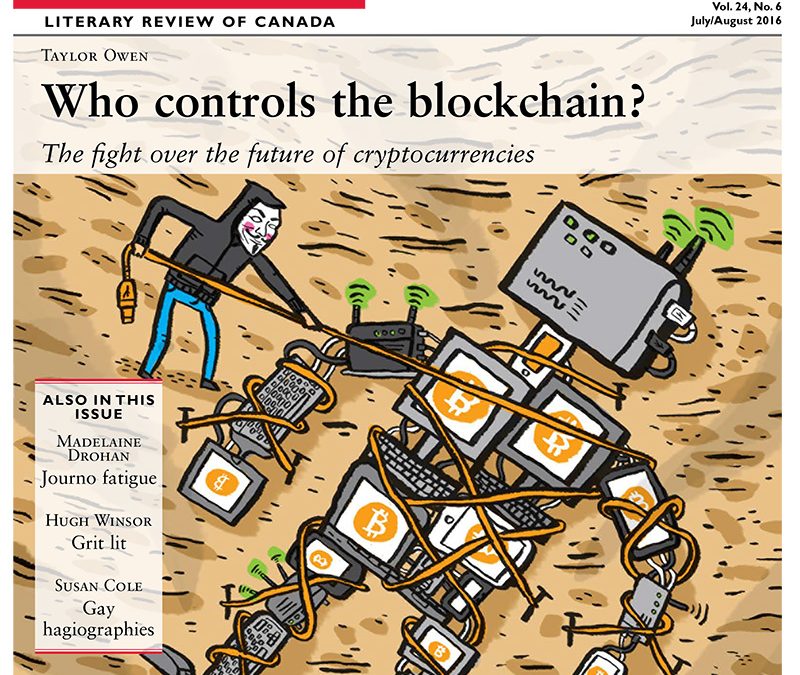 Ever since the Romans established a central currency system in the third century BC, money has been controlled by the state as a tool of political power. This control was exerted by manufacturing coins, issuing currencies backed by stored gold and, eventually, through central currency reserves. In each of these phases of monetary history, the state had near universal control over money. As such, the state could tax and regulate its use and fund its own activities.

Bitcoin was imagined by an anonymous computer programmer (or group of programmers—their identity is unknown) known as Satoshi Nakamoto in an attempt to break the tie between the state and money. It was intended to be the lingua franca of the internet—a currency born of, designed for and using the attributes of the World Wide Web.

Read the full book review on Literary Review of Canada.