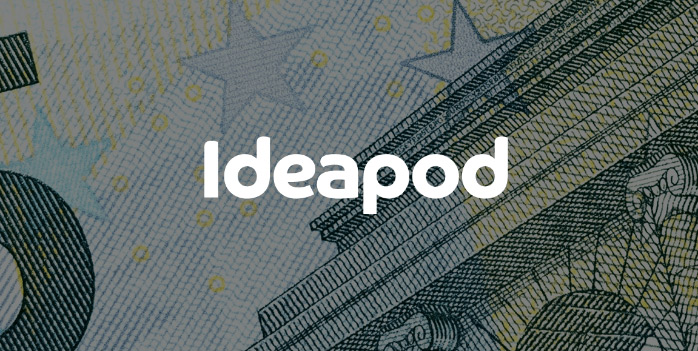 Today we’re launching a contest. Answer the video question and you’ll contribute to a better future (oh and win some cool prizes!).

As you may already know, I am a passionate enthusiast about technology to leverage the power of human potential. In my 1994 book The Digital Economy, I explained how this crazy new technology called “the Internet” would impact the economy once people could connect and collaborate digitally in the workplace. Overall I’ve authored or co-authored 15 books about this topic.

The Internet and the Web did in fact arrive, and it has proven to be the most powerful human collaboration tool that has ever existed.  It has led to big data, the social web, artificial intelligence, the cloud and a host of other marvels.

But overall it’s impact has had a limiting effect our economy.  In fact, prosperity is now declining for the first time in modern history and many talk about the American Dream being broken.  There is deep economic dissatisfaction in developed countries everywhere and one of the results is extreme political views.

For the last two years my son Alex and I have been researching blockchains, the underlying technologies behind digital currencies like bitcoin. We’ve come to the conclusion that they represent the second generation of the Internet and can help us solve this prosperity paradox.

The Internet today connects billions of people around the world, and certainly its great for communicating and collaborating online. But because it’s built for moving and storing information, and not value, it has done little to change the way we do business.

What if there was an Internet of Value – A global, distributed, highly secure platform, ledger or database where value could be stored and exchanged and we could all trust each other without powerful intermediaries. Collective self-interest, hard-coded into this new native digital medium for value, would ensure the safety security and reliability of commerce online. Trust is programmed into the technology, which is why we call blockchain the Trust Protocol.

Why should you care? Maybe you’re a music lover who wants artists to make a living off their art. Perhaps you’re an immigrant who’s sick of paying big fees to send money home to loved ones in your ancestral land. Maybe you’re an aid worker who needs to identify landowners so you can rebuild their homes after an earthquake. Or a citizen fed up with the lack of transparency and accountability of political leaders. Or a user of social media who thinks all the data you generate might be worth something—to you—and that your privacy matters. Even as we write, innovators are building blockchain-based applications that serve these ends. And they are just the beginning.

It turns out every business, institution, government, and individual can benefit in profound ways.

As with major paradigm shifts which preceded it, the blockchain will create winners and losers. But if we do this right, Blockchain technology can usher in a halcyon age of entrepreneurship, empower us to reinvent our institutions for the better and create a more fair and prosperous world.

The competition is to find the most revolutionary ways to use the Blockchain to solve the world’s greatest challenges. Anyone can submit an idea, either by 40-second video, or by a writing a post under 1000 characters.

The winner will receive something called the BTC Ring, a sterling silver ring loaded up with $500USD in Bitcoin. There are only two of these rings in existence, and the other resides in the Museum of Natural History at the Smithsonian in Washington, DC. The top 10 ideas will receive personally signed copies of Blockchain Revolution.

What better place to announce a crowd sourced idea competition than on Ideapod, the new social network for sharing and evolving ideas. What makes Ideapod particularly relevant is their plan to create an “Ideas Currency,” which will be distributed across the Blockchain. The “Ideas Currency” is simply one example of a revolutionary new use of the blockchain, we want to see more.

Don Tapscott and Alex Tapscott are authors of the new book Blockchain Revolution: How the Technology Behind Bitcoin is changing Money, Business and the World.

Don is the author of 15 widely read books about technology in business and society and is ranked as the #4 living business thinker by Thinkers50.  Follow Don on Twitter here!

Alex is the CEO of Northwest Passage Ventures, an advisory firm he founded after working for 7 years at Canada’s largest private investment bank, Cannacord Genuity. Follow Alex on Twitter here!